Ubisoft "need to make new IPs," will release "one, two" every year 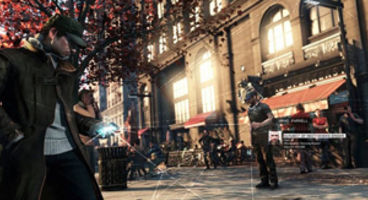 Executive director Laurent Detoc of Ubisoft says the publisher plans on releasing at least one new franchise per year. Last year it was Rocksmith, he said. It could be as much as two IPs.

It depends on whether it's a good year or not. In 2013 Ubisoft will be introducing Watch Dogs, a brand new IP focusing on a fully connected world just ripe for hacking and mischief.

Of course Ubisoft have plenty in their stable to rely on throughout the year like Assassin's Creed, Splinter Cell, Ghost Recon, Driver and smaller titles like Anno.

"We need to make new IPs," Laurent Detoc told Polygon. "It's part of our future. From a business point of view we need to continue to create new IPs. Last year we brought you Rocksmith, and every year you will find one, two, depending on the year, good new IPs from Ubisoft." Watch Dogs was announced at Ubisoft's E3 event.

It has been confirmed for Xbox 360, PS3 and PC in 2013. It was thought it would slip this generation and wait until the next consoles from Microsoft and Sony arrived. Why didn't Ubisoft wait until then?

"There's no bad time or good time," said Detoc. "If you make something really good, people will embrace it. Watch Dogs turned out to be that game this year that everybody loves. There's no bad time to bring good content. At the end of the day, making good products is what we're after." Good business strategy that.