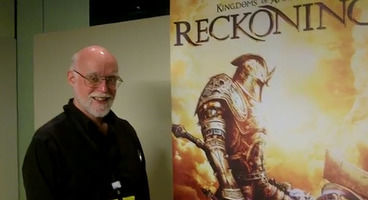 Rolston's role will be significant, as Turbine announced he "will lead the vision and the implementation of all aspects of game design for Turbine."

Turbine, which is best known for Dungeons & Dragons Online and The Lord of the Rings Online, is ecstatic to sign him on as a project lead, alongside former NetherRealm VP Alan Villani, former Zynga director Zynga's Jai Singh, and former PetroGlyph Games director Demetrius Comes.

General manager Alessandro Galvagni raved in a press release, "We are very excited to add such a stellar group of proven industry veterans to our world-class team here in Boston. Ken, Alan, Jai and Demetrius are proven leaders that strengthen our team and position us well as we work to continue operations of our award-winning titles and bring new innovative experiences to market."

It'll be interesting to see what director Rolston takes Turbine's MMOs in, especially after the release of the latest LOTRO expansion Riders of Rohan.