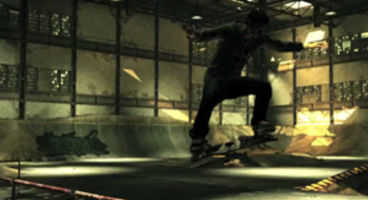 The publisher was "mostly reluctant" over costs versus returns for the project, but Hawk knew once gamers "saw it in this light" they'd want the HD remake. They leveraged Neversoft's talents.

The Tony Hawk franchise has suffered a terrible stagnation in the industry after its big plastic skateboard peripheral gamble blew up in their face. The future needs the past.

"To be honest, Josh (Tsui, president of Robomodo) and I pushed Activision to do it repeatedly until we laid it out that this can happen, in this timeframe, for this cost. It was a long battle," said Tony Hawk.

Activision was "mostly reluctant about development costs versus returns, it's understandable for a company that's re-releasing a game that has already been out," he continued. "We knew that once people saw it in this light it would get the attention it needed." Fans didn't respond well to the plastic board from Ride - it flopped.

Developer Robomodo was convinced they could bring Tony Hawk Pro Skater HD out within a 12 month timeframe by tapping into old game assets from original creator Neversoft. The biggest stipulation for the HD revival was not to mess with the core gameplay formula whatsoever as otherwise there'd be no point to it.

"There's a certain economy of scale when you combine what Neversoft has already done and as helped us out on, and our previous involvement with the franchise," reveals Robomodo boss, Josh Tsui. "So that helped out a lot in terms of production times as well, we were able to be really efficient because of our history and assets."

"Going back to a mantra of 'don't screw up the gameplay' gave us a pretty big jump ahead as well."

Tony Hawk's Pro Skater releases on Xbox 360 and PS3 this summer. It combines the first two Tony Hawk games in the series and is almost an apology to fans of the much loved genre for all the screw-ups over the years. The new HD version uses the old assets but is built on the Unreal Engine, meaning it "wasn't a one-to-one translation".

Check out the full interview between Tony Hawk and GamesIndustry.biz. 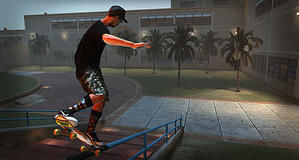