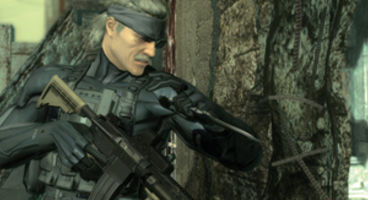 Another Solid Snake adventure is in the works as creator Hideo Kojima just can't let him go. Metal Gear Solid 5 will be built using the new FOX engine, and he teases his like of Deus Ex.

The "female ninja public relations officer" kept him from saying too much. MGS: Revengeance "never claimed" to be a Solid. It's "a spinoff" trying something away from Solid Snake.

Kojima-san told French mag IG about the new sequel but wouldn't go into too much detail, but he did assure fans that Snake would return despite wanting to "let him die".

"Metal Gear Rising: Revengeance never claimed to be a Metal Gear Solid. This is not a game about our beloved Solid Snake. It is a spinoff that tries something different. We have not yet finished with Solid Snake, despite the fact that I wanted to let him die at the end of Guns of the Patriots," said Hideo Kojima.

The studio boss did drop some hints: "I can tell you two things. There will be much question of infiltration, espionage, and convincing people to give you ‘a favour’ like in the last Metal Gear Solid."

“I liked the idea of social interactions in Deus Ex: Human Revolution, but we will see. And if I say more, the female ninja public relations officer, who is behind the door, I will be carved up into pieces. So it’s better that we meet again when the time comes to talk about Metal Gear Solid 5.” So, Hideo Kojima is crushing on Adam from Deus Ex?