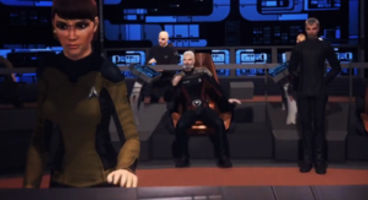 A Star Trek Online subscriber has been discovered to be selling a rather unofficial 'nude patch' for female avatars after a shared directory of in-game screencaps revealed a very different collection.

The add-on alters female avatars ensuring they're in various stages of nudity. Another user noted this altered the game client, violating STO's Terms of Service. They were selling the 'patch'.

The user in question, SkybuckFlying, was apparently sharing screens of 'exciting unknown ships'. However it's what another directory held that sparked interest.

"Hey, starbuck, why don't you tell us why you have a folder full of pics of various players you took using a nude mod, probably without their knowledge?" another Star Trek Online user posted on the official forums. "Incidentially I took a screenshot of the directory and also mirrored the entire thing, so don't bother trying to remove or hide it. Also, that ad for the ingame nude patch is reeeeally classy."

The user SkybuckFlying proceeded to quickly remove the offending images but it was too late - the Internet has claimed them. Apparently the 'nude patch' peddler hasn't returned to defend the claims against them. They were selling the 'nude patch' for one million in-game credits.

The Internet, guaranteed to make you laugh or cringe... OR help fight cancer, apparently. 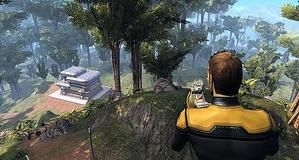