22 May 2012 | By Nick Akerman
Blizzard has addressed reports of Diablo III hacking, as many accounts continue to be stripped of items and gold. 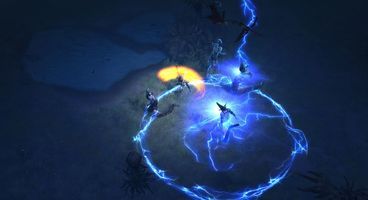 According to Blizzard, this level of hacking is always apparent at this stage of a game's life-cycle.

"We'd like to take a moment to address the recent reports that suggested that Battle.net and Diablo 3 may have been compromised," the company announced in a statement.

"Historically, the release of a new game - such as a World of Warcraft expansion - will result in an increase in reports of individual account compromises, and that's exactly what we're seeing now with Diablo 3.

We know how frustrating it can be to become the victim of account theft, and as always, we're dedicated to doing everything we can to help our players keep their Battle.net accounts safe - and we appreciate everyone who's doing their part to help protect their accounts as well."

Blizzard continued by outlining the measures players can take to keep their accounts safe.

"We also wanted to reassure you that the Battle.net Authenticator and Battle.net Mobile Authenticator (a free app for iPhone and Android devices) continue to be some of the most effective measures we offer to help players protect themselves against account compromises, and we encourage everyone to take advantage of them.