22 May 2012 | By Jonah A. Falcon
Eurogamer is reporting that multiple users have had their Diablo III accounts hacked, and that one of their staff writers even saw his account stolen and transferred to a person calling themself "Anna", who claimed she purchased the account from a third party. According to reports, players have found that their items and gold were missing from their inventory and stash. 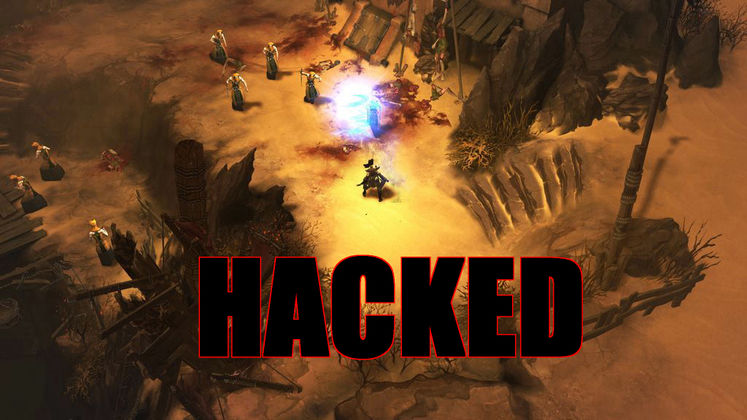 As Blizzard has done with World of Warcraft, they've started working to "roll back" hacked characters to a point before their accounts were stolen. While the inventory is usually restored, some game progress is usually lost.

The reports of hacked accounts happens to coincide with Diablo III servers going down on Sunday afternoon for four hours, causing "Error 33" login issues. Gamers have speculated that the EU servers were attacked by an SQL injection, while others believe that hijacking session identifiers, which would allow hackers to take over accounts without alerting Blizzard's authentication server, were employed. Nothing has been confirmed.

Account theft has been an issue for World of Warcraft, which Blizzard combated by issuing Authenticators, small digital devices that would generate a number to enter a player's account that would prevent keyloggers from stealing passwords. Authenticators work with all Battle.net titles, including Diablo III.

This intrusion couldn't come at a worse time, with Blizzard debuting the real-money Auction House next week on the 29th May.