22 July 2012 | By Jonah A. Falcon
At least one NASA engineering tech is a Portal 2 fan, as one of the panels of the resupply craft had the Space Personalaity Core laser-engraved into it, excited about going into "SPAAAAAAAAAAAACE!" 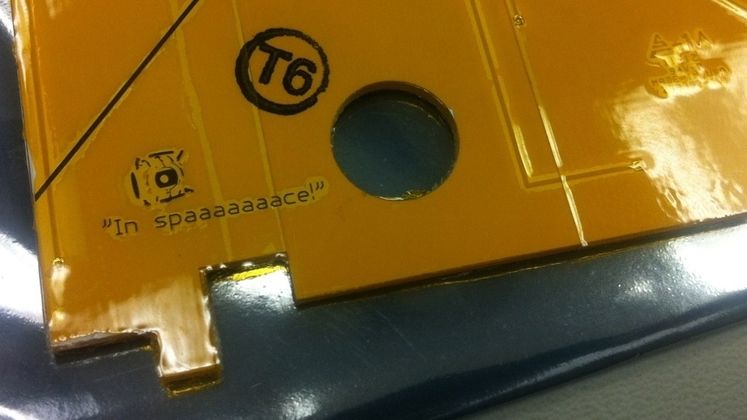 Keep in mind, NASA isn't pleased. According to Valve, "NASA in no way officially endorses secretly laser-engraving characters from Portal onto their spacecraft."

Regardless, Valve has to be secretly pleased that their game has gone so viral as to affect the United States space program. Is it any different than naming the first space shuttle "The Enterprise" due to pressure from fans?