22 November 2012 | By Jonah A. Falcon
Future Shop has placed an unannounced bundle called the BioShock Ultimate Rapture Edition for the Xbox 360 and PlayStation 3. The bundle will include BioShock and BioShock 2 with all of the DLC released for the game.

BioShock Infinite will be arriving in February 2013 for PC, Xbox 360 and PlayStation 3. 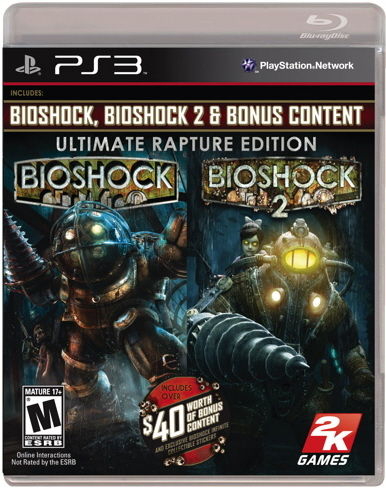