Jack, whose name we know only from a name written on a cutscene birthday present, begins the tale plane-wrecked in the ocean, saved only by a very well placed underwater city.

Ghost Story Games is looking for a Producer to work on its upcoming "immersive sci-fi game with RPG elements".

Cloud Chamber's BioShock game will be "will be in development for the next several years".

BioShock's creators are working on a new immersive sim

Ken Levine is now working on a mysterious new immersive sim project, which has been described as "creatively ambitious".

It was pretty unexpected, too, though, so yay? 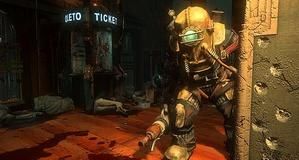