23 April 2012 | By Nick Akerman
NVIDIA predicts the performance of mobile graphics processors will be superior to the Xbox 360 by 2014.

As reported by AnandTech, NVIDIA's predictions for console, PC and mobile GPUs can be seen on the following graph: 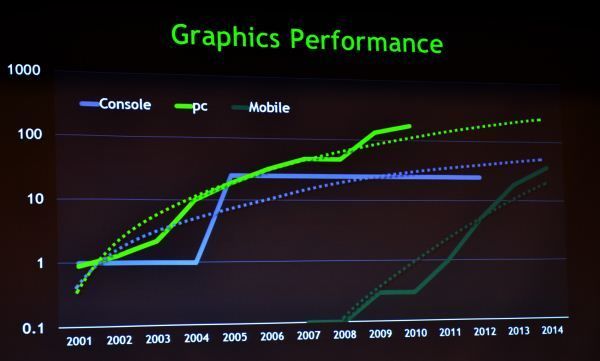 Titles such as Infinity Blade II certainly showcase the firepower of mobile graphics, and if NVIDIA is correct, it won't be long until console-quality visuals could be available on our phones. Vita, who?