Molyneux believes his "greatest game" still lies ahead of him 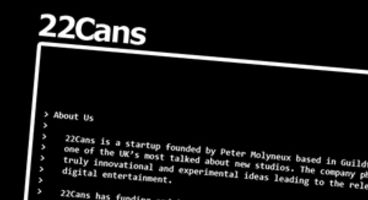 Despite all the franchises Peter Molyneux has created over his many years in the video games industry, like Theme Park, Dungeon Keeper, Populous or Fable, his "greatest game" is still out there.

The designer has a "strange attitude to life" now he's 52. He's worked with "incredible people" and has contacts industry-wide. Molyneux heads his new 'indie' studio 22 Cans.

He left Microsoft because he didn't like the dettachment he had with projects as presiding over so many meant he "wasn't able to focus on anything."

Molyneux wanted back in the designer role.

"I was in a creative padded cell. Microsoft was so safe and nice. You’re so supported. Everything I did couldn’t hurt me, both creatively and physically. The danger was long gone. I had this desire to make something special, and I felt like I was being suffocated creatively a little bit. That was the moment I realised I had to go," explained Molyneux.

"Now I can obsess about one thing, which I will dedicate all my energy to."

"At Microsoft I was I was presiding over these Fable games, I was flying to the US every three weeks, I was visiting other European studios and seeing what they got on with. There was a hell of a lot going on and I wasn’t able to focus on anything," he continued."Lionhead didn’t know whether or not I was going to come in for half an hour and start drawing ideas on the board, or whether I wasn’t going to see them for weeks."

"That whole relationship wasn’t quite working perfectly for me, and it’s my fault."

Now he has a fresh new studio called 22 Cans to run and fill with talent.

"Well I’m 52. I have a strange attitude to life. I consider it a marathon that you’ve got to keep pushing yourself through. I just hope I’m coming near the end of it. I’d like to think I’m coming into the stadium now. Just a couple of laps around the track, and I’ll be done."

"I’ve been given so many advantages in life. Many of them through luck. I’ve got a profile, I’ve worked with incredible people, publishing bosses know me, developers know me."

"I believe it has all led me to this point. I believe the greatest game I’ve ever made is still ahead of me."

Check out the full interview between Peter Molyneux and MCV.