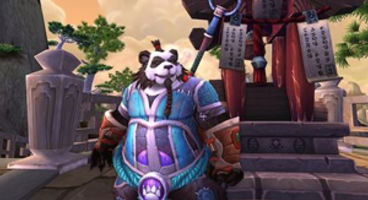 Blizzard will not be raising the level cap for their free-to-play World of Warcraft Starter Edition. The studio believes the journey to level 20 already gives users "a good sense of what our game is".

Subscriber numbers have fallen from 13 to around 9 million. This begged the question if Blizzard would expand their F2P offering. It has features "that are special" and won't be enjoyed freely.

In June last year Blizzard unveiled the Starter Edition to help entice new subscribers with some believing it would lead to a full free-to-play adoption eventually.

This July EA's Star Wars: The Old Republic announce it would adopt free-to-play whole heartily in a bid to keep users playing as subscriber numbers fell beneath a million. Blizzard certainly has a lot more wiggle room before they'd start to feel the pressure of a low subscriber population.

"You know, we looked at it lots, we looked at whether Level 20 would give you a good sense of what our game is, and we think it does," said World of Warcraft producer John Lagrave. "There's also a lot of things in the game that are special that we want to reserve for our paying customers."

He added that the team has already "slid some of the pay-for features into the first 20 Levels". Blizzard already capitalise on microtransactions for World of Warcraft as they peddle mounts and vanity pets for real money and they tend to sell very well. The next expansion is Mists of Pandaria which is due for release September 15th adding a new race.