Infinity: Feedback for Call of Duty now "as a franchise", not just iterations 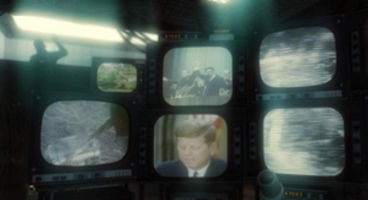 Infinity Ward and Treyarch both work the Call of Duty franchise but the two teams aren't at each other's throats, says Robert Bowling of Infinity - creator of the mega-huge IP.

There'll "always be a lot of communication back and forth," and when one does something great the other listens. Feedback is now taken in "as a whole," and not just for their own.

It's always been supposed by the Call of Duty community that Infinity and Treyarch are forever locked in a battle for one-upmanship, but they're actually collaborative.

"I think there will always be a lot of communication back and forth. At the end of the day we are two different developers and we have different opinions about the games we make and the games they make," Bowling told OXM.

The Infinity Ward exec said similar things to NowGamer: "Every year, we have that challenge of looking at what the previous Call of Duty has done, and trying to learn from that and better our own game because of it. do the same thing with Treyarch games, and I hope that they do the same thing with our games."

Next in line for a release in the Call of Duty series is from Treyarch after Infinity Ward released Modern Warfare 3 late last year, which was a joint project with Sledgehammer Games. Treyarch is believed to be working on Black Ops 2.