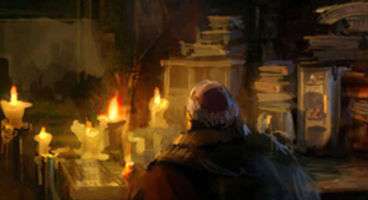 What has Blizzard changed in those sneaky hotfixes for the newly released Diablo III? Have they slammed the nerf hammer too hard on something? Well now we can know.

There's an inherent spoiler danger with the changelog as some things refer to the storyline so don't go nosing beneath the spoiler warning if you want to remain ignorant to narrative.

Remember you were feeling glum that your attempts to resurrect fallen comrades couldn't be interrupted by attacks? Well Blizzard has answered your prayers. Hooray!

Here is the hotfix changelog posted by Blizzard via Battle.net:

• Skill Rune – Quickening: Fixed an issue that was causing spirit regeneration to incorrectly trigger off critical hits from other sources, such as Sweeping Wind

• Skill Rune – Tranquility: Duration of immunity granted to nearby allies from crowd control effects reduced from 2 seconds to 1 second

• Skill Rune – Boon of Protection: A maximum absorption amount has been set to 1000 Life. This skill will be redesigned in an upcoming patch.

• Skill Rune – Cascade: Fixed an issue that was causing Arcane Torrent to fire 3 new missiles per kill instead of only 1 new missile per kill

• Skill Rune – Force Armor: Amount of damage absorbed from a single attack will now cap at 100% of a player’s maximum Life.

Equipping a shield on a follower as a demon hunter will no longer disconnect you from the game.

• Players will no longer remain invulnerable to attacks after defeating Diablo.

• Players can no longer become stuck during Diablo’s Shadow Grab ability if a player blinds Diablo while Shadow Grab is being cast.

• Players can now always interact with Karyna during the quest and quest step “Trailing the Coven : Talk to Karyna” when they resume from a save.

• The Enchantress will now always appear during the quest and quest step “Shadows in the Desert : Disrupt the Hidden Conclave.”

• Tyrael will now always be present for the in-game cutscene during the quest and quest step “Prime Evil : Climb to the Pinnacle of Heaven in the Silver Spire.”