Criticisms against DICE for 'abandoning support' are "just sad" 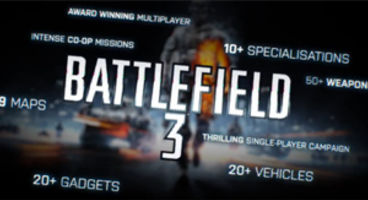 DICE executive producer Patrick Bach has said the studio is no stranger to being on the receiving end of the communities’ sharp tongue, accused of stopping support for past Battlefield titles.

He notes that people "tend to forget" they were working on "three other" Battlefields between 2 and 3. Now they're getting flak for working on Battlefield 4, despite offering a Premium service.

In July EA announced that Battlefield 4 was underway at DICE, with access to the beta promised for all pre-orders of this year's Medal of Honor: Warfighter.

This news caused some to start bemoaning the 'abandonment' of Battlefield 3, to which DICE dismiss. "People tend to forget we built three other Battlefield games in between Battlefield 2 and Battlefield 3," Patrick Bach told Eurogamer. "That's a natural reaction. People then think we won't support Battlefield 3, even though we have the Premium version, people know we're working on future expansion packs and we've been very open in explaining what we are doing."

"People seem to be worried for all the wrong reasons."

The executive producer argued the studio has never been in as good a position before to continue supporting their releases. The Swedish team has multiple projects on the go. "Knowing we are working on more than Battlefield 3 might upset some people, but still people want something awesome in the future, and that takes time," he said.

"We are better than ever when it comes to supporting our game, because we have more people doing more things that are even more adapted to what the community wants combined with what we want and trying to make the best possible post-launch experience for everyone, including ourselves." DICE don't want to be taking too long: "And of course we want to make sure we don't end in a, oh it'll take six years for the next big Battlefield to come out situation."

The success of the franchise speaks for itself, he added, and EA couldn't be happier.

"We are much better today than we were before. Part of it is based on the success of Battlefield. We can afford to have more people to work on these things, and EA is supporting us doing this. They are really happy."

Bach continued: "That's based on the fact that if you make a great game the rest will figure itself out. It's worse when you make a bad game. You still need to make your money. Everyone is supporting us in how do we make a better game? To us this is a very natural thing."

"And then, when it's announced.... yeah, what can I say? I'm really sorry some people feel we're not doing the right thing. But, honestly this is something good for everyone."

DICE and EA are launching the Battlefield 3: Premium Edition later this year which includes the Premium subscription alongside the game with an RRP of £40. They hope to entice many more newcomers to the series.