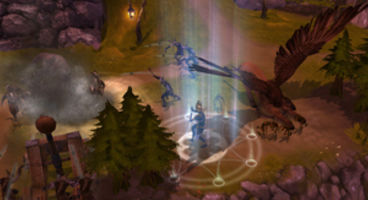 Sins of a Solar Empire developer Ironclad Games is tinkering with Sins of a Dark Age, which leaves the spacey void of sci-fi for medieval style fantasy. It's also a free-to-play strategy title.

The studio want to avoid being Tolkien or High fantasy in their look, feel and tone for Sins of a Dark Age. They very much want their fantasy world to live by its own rules and whimsy.

"One of our primary goals was to avoid those exact routes among others," explained Fraser in our interview.

"We haven’t exposed much our material, but we do feel we’ve created a new look and new universe that will feel fresh and invigorating. For example, when examining art styles we saw dominance in several areas including cartoony, Games Workshoppy, realistic, and anime-esque."

Ironclad found their answer: "Lead by our art director (Craig Fraser), the art team finally settled on the very much unused style of “surrealism”. The whole feel is very much inspired by artists such as Dali and Bosch."

"We’ve also taken the same philosophical approach with the character types, lore, gameplay content and much more. I think this will be much more apparent when we get the game into people’s hands."

The other major issue for Dark Age was the decision to make it a free-to-play RTS. Partly their reasoning behind this was to shore up the matchmaking numbers, as Fraser notes: "We aren’t Blizzard, so in order to get a large enough community to support this we decided to try the free-to-play model." There's one line they won't cross; pay to win.

"We recognize that as a strategy game allowing players to buy power (pay to win) is a recipe for failure and it’s important that all players can gain free access to anything affects gameplay. When it comes to making money, our focus will be on selling aesthetics." It's our sheer vanity as armchair generals that will net Ironclad their booty.

This route was taken with Sins of a Solar Empire but it just didn't fit. Laudably the studio also produced SOASE without any DRM lurking within its depths, because they "trusted people would pay" for the 4X game.

"Here we are trusting people will be willing to support another stable, fun game even though we are going to be giving a lot away for free. Going this route for Sins of a Solar Empire was never a consideration because it was primarily designed for a single-player experience – you don’t need a massive online audience to make that kind of game work," he added.

Check out our full interview with Blair Fraser as we discuss Ironclad's future for Sins. 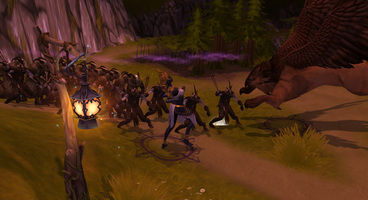 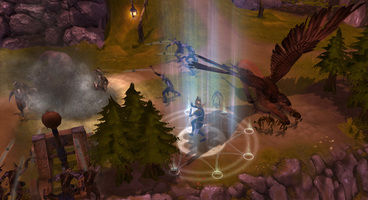 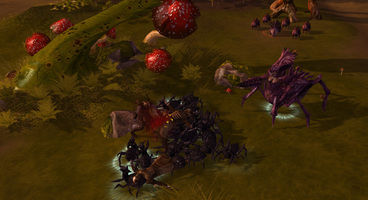 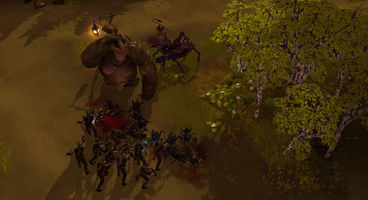