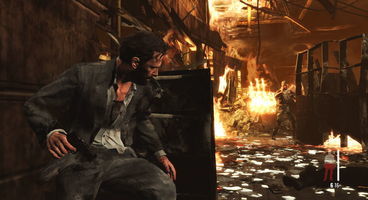 Rockstar has revealed the system specs for the PC version of Max Payne 3, and is bragging that the game will be able to "push high-end PCs to their limits." while still being smooth on low-end builds too.

According to lead PC designer Kevin Hoare, "We've worked hard to make sure the game will run smoothly on a wide range of PC builds. But it's when you get towards the top end of that range that you can really push a game to its limits, and the game will look and run incredibly on the most advanced current machines around at the moment and well into the near future."

He went on to brag, "We're also supporting DX11 with Max Payne 3, with features including Hull/Tessellation/Domain Shaders (which adds curvature to the character/vehicle models), Gather4 (for optimized shadow sampling / FXAA), Geometry shader / Stream Output and DX11 texture samplers to name a few."

Hoare also addressed the recent revelation that the PC version of the game would come on 4 DVDs and have a mandatory install of 35GB, which he said was attributable to the "no-compromise quality" of the game's assets.

"A good portion of the extra space requirements on PC can be attributed to the increased size of the textures, which are four times the size of those on consoles. In addition, the audio quality is significantly higher than the consoles due to lower compression rates, which improves audio fidelity," he stated. "Again, this comes back to the range of possibilities that the PC platform opens up for us. That, combined with higher video settings when running the game, results in substantially better visual quality."

Check out the system requirements:

* At this level, you will be able to comfortably run the game at 30 frames per second with a 1920 by 1080 screen resolution

The PC version of Max Payne 3 is due to be released on the 1st June.