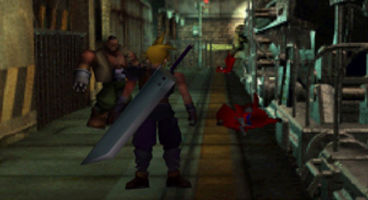 You're hungry for that remake of Final Fantasy VII aren't you? It's widely regarded as the 'greatest' instalment to the huge JRPG series, and frankly that's the problem reckons Square Enix.

The Japanese publisher is scared you'll want to stick with Final Fantasy VII HD and not bother with any new adventures. Wada-san admits they're 'not up to FF VII quality' right now.

It was during a Q&A session of Square Enix's annual shareholder’s briefing that boss Yoichi Wada said a remake would only get the green light for Final Fantasy VII if they've managed to top the quality of the original with a new instalment to the franchise. Right now they're lacking he suggests.

"The new Final Fantasy must overcome the Final Fantasy of the past." These comments come after a website leak from Square revealed Final Fantasy VII coming to PC via Steam with achievements, cloud saving and online profiles.