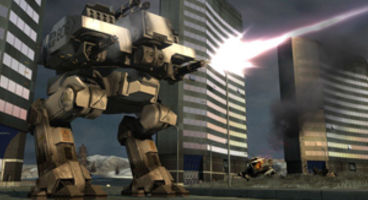 "No, it's currently not but I would love to make it," Gustavsson announced, asked if 2143 was getting a look over. "I would love to do it," he continued. "When we announced in the studio that we were going to build Battlefield 2142, a lot of people ran over and wanted to apply for that team."

"I guess that the creative freedom that comes with a fictional world is something that's tempting when you have made games around historical and contemporary settings for a longer time."

Another popular instalment was Bad Company, with Gustavsson teasing they'll let us know.

"Last we heard from the misfits in Bad Company was a postcard in June from Bahamas where Haggard and the group had opened up a beach bar," he said. "It's really up to them...will keep you posted... ;)"