Battlefield 2142 had a Titan mode which featured a hovering air-carrier that had to be brought down, or defended. Now DICE are bringing it back as the re-imagined Carrier Assault in the upcoming Naval Assault DLC.

The studio is yet to go into detail about how you'll sink the carrier, but Titan mode involved holding key missile launchers that bombarded the air-carrier. Naval Strike is due in late March.

PC users "own set of requirements" not shunned in Battlefield 3

DICE understands PC gamer fears that Battlefield 3 will fall prey to 'consolization' what with it arriving for both Xbox 360 and PS3 too, but don't panic.

They know porting anything from consoles gets "flamed hard," as PC gamers "are more forgiving" of complexity. BF3 gets "special attention" on PC. 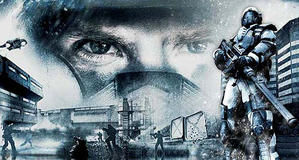