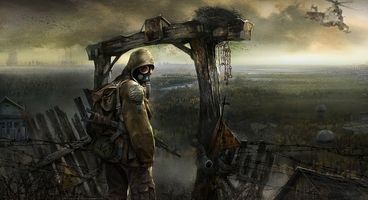 Newly formed studio Vostok Games's Oleg Yavorsky revealed that the development team behind S.T.A.L.K.E.R. 2 attempted to secure the rights to the open world shooter, but were unable to acquire them. The circumstances behind the closure of GSC Game World remain murky,

According to Yavorsky, "In December 2011 Sergiy Grygorovych - the owner of GSC Game World - decided to close down the company, for his personal reasons as he explained to the team. Effectively, S.T.A.L.K.E.R. 2 development was stopped therefore.

"The team was at a choice of either going to seek employment opportunities elsewhere, or stick together and try to attract external funding and secure the IP rights to be able to complete S.T.A.L.K.E.R. 2. We chose the latter option and this is how the new studio ultimately emerged.

All work on S.T.A.L.K.E.R. 2 has stalled and belong to the near-empty shell that is GSC World. The team, however, bears no ill will towards Grygorovych, and have remained in contact with him.

Yavorsky also stated that Survarium is the next evolutionary step for S.T.A.L.K.E.R., and a project the team had been working towards in the past ten years. Moreover, the number one goal of the project is to make Survarium have the same exact feel and atmosphere as a S.T.A.L.K.E.R. game.

"For example, players can expect to see a lot of survival elements, factions, anomalies and so on. We are also open to integrate the players' community to sharing ideas and feature plans to determine what would be most appreciated by the players in the new game," he shared.

S.T.A.L.K.E.R. fans have expressed dismay at the game going free-to-play, but Yavorsky reassures them that it won't affect the quality of the game, as well as being a good way to combat piracy by removing the barrier to entry.

"We can also see a bunch of advantages by sticking to this model: possibility to be closer to the players and continuously develop the game in the direction as liked by the community; a way to deal with piracy which is still a keen problem over here; and we can have shorter production cycles for adding new content to the game and expanding it gradually," Yavorsky explained.