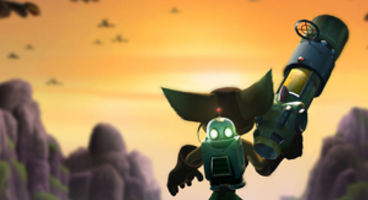 Ted Price of Insomniac Games declares his studio will continue developing new franchises describing the process as great and terrifying. New IP comes with "no baggage" to consider.

It's something that can be taken in "any direction" but it's of course "a difficult moment" as you decide what it should be. It's a huge gamble for studios as you back "unproven" mechanics.

California-based Insomniac Games is home to such IPs as Spyro, Ratchet & Clank and Resistance. They want to continue birthing new worlds and not just visit old ones.

"Of course, there are very straightforward advantages," CEO Ted Price told Gamasutra. "For example, we own the intellectual property for Overstrike, which gives us the pull over what it becomes, and gives us the practical ability to leverage it in other areas."

"But it's also an opportunity to start something that the team is really enthusiastic about, because it's a franchise with no baggage, it's starting from scratch, we can take it any direction we want. And that's always a great moment."

"It's always a difficult moment, too, when you're trying to find out what your new IP is. That's the challenge we've set for ourselves over the year," continued Price. "We want to continue to create new IP, and going through that process at the very beginning can be gut-wrenching, because you're making big bets on new stories, new characters and new game mechanics that may be unproven."

"We wonder about the potential audience for each of the new IPs we come with. But along the way, we're never afraid to tweak that to make sure that what we're making is what gamers would want to play."

Insomniac has walked away from Resistance after just three instalment to the franchise because it "reached its logical conclusion in terms of the story we wanted to tell." Resistance will likely continue but under a different house like Nihilistic who is working on a PlayStation Vita project. Spyro meanwhile has been revived under Activision's Skylanders.

The studio isn't afraid of stepping away from their own creations and letting them go elsewhere. "We have designers who have made a lot of games and know what good game mechanics are," Price said.

"And when you have less-experienced members of the team who may not be as well-versed in basic mechanics, but know what the audience is playing and know where culture is today, it's a good combination."

Insomniac Games founded in 1994 and have created some landmark universes.