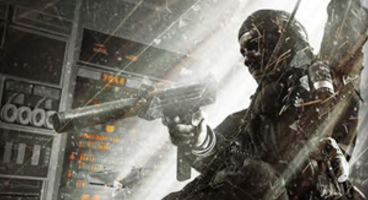 Threads appearing on the official Activision forum for Call of Duty have been claiming to leak information about Treyarch's assumed Black Ops 2 title in the works; no official word yet.

Someone has salvaged the cache of what was posted on the forum, and Activision's fervour for hunting these posts down has given them credence among Call of Duty fans.

Damned if you do and damned if you don't. The supposed 'leaked' info isn't that outlandish and sounds plausible enough but with Call of Duty such a big franchise, fakes are likely.

Below is the information that was taken from the cache of the Activision forum, courtesy of MP1st:

This year, Call of Duty will return with it’s ninth installment with Black Ops 2. As expected it will be following Treyarch’s previous game Black Ops. It’s release date is set for the 6th of November.

> Similar to Search and Destroy however a live player must be escorted to one of three areas (or two depending on the map) without being killed.

>The match will have rounds, consisting of one life only.

• Team Defender and Infected will not return

> A bomb plant is worth 2 points

• The Specialist Pointstreak has be modified

> You do not get every perk when you reach 8 kills

> Perks only become “Pro” when you have them Pro

• RC XD will not return

> Is a new Pointstreak reward

> When you get the required points, you can activate this Pointstreak and your player pulls out a scope and attaches it to your weapon.

> This scopes main advantage is it’s ability to detect enemies through most walls.

> Note, the scope can only be attached to primaries not including shotguns

> Fall along side care packages and air drop traps.

• There will be 15 prestiges

• Every two prestiges there is a 5 rank increase

• The final prestige has 90 levels

• ELITE is being fully incorporated into Black Ops 2

• Combat record has been modified and re-named as ELITE Stats

• Clan Tournaments can now be implemented

• No MOAB or Nuke

• No aim assist for any sniper rifle.

• Appearance is a combination of all perks and type of Pointstreak being used.

• Larger emphasis on hardcore than ever before

• Respawn timings decreased (for most modes)

• 1 bullet in the foot will no longer kill a person, a head or chest shot is usually required.

• A person will now bleed out if severely injured.

• The Perk Pro system has been upgraded

• There is now 2 options a perk can advance to.

• Both require different challenges to unlock

• Once the desired Pro version is unlocked, the player can select that as their “Perk Pro”.

• Once selected, the only way to choose the other option is by entering prestige mode.

• For example Perk slot 1 has the perk called Speed

• Speed – Reduces the time taken to aim down the sight

• Will be returning with vast improvements.

• Difficulty is no longer based on how long the bots take to start shooting.

• Similar to the behavior seen in the MW3 Spec Ops survival