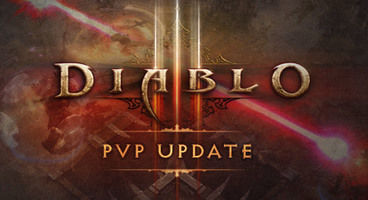 It seems that players hankering for some player-vs-player action in Diablo III will have to wait longer, as Blizzard has announced that PvP will be delayed.

According to the official blog post, "The development team has been working really hard on the features, content, and systems for PvP in Diablo III and I wanted to take some time to give an update on where we're at.

Of course, our goal has been to release our Team Deathmatch mode as soon as possible, but we don't want to put anything out there before it's ready. Right now, Team Deathmatch isn't yet where we want it to be, so I want to provide some insight into where we are at in the development process."

Two chief issues are preventing PvP from going live. The first is that the dev team doesn't want simple deathmatching. "We've brought a lot of people in to try out Team Deathmatch and, while some found it entertaining, most of our testers didn't feel like it was something they'd want to do beyond a few hours," stated the blog.

The other was class balancing; classes were balanced for PvE, not PvP.

Blizzard explained, "We want to be able to carry over as many of the crazy runes, items, and skills as possible, with their crazy effects, and alter them as little as possible. In a casual PvP mode, something equivalent to a WoW Battleground, this would be fine, but Team Deathmatch felt very hardcore, and it put a laser focus on class balance in a way that we didn’t think would be good for the game as a whole."

Back in September, the 1.0.5 patch allegedly laid the groundwork for PvP.

How important is PvP for you in Diablo III?