30 April 2012 | By Jonah A. Falcon
Madden NFL 13 will have a new commentary team, after years of Al Michaels and John Madden. The new team will be comprised of the CBS Sports "A" team of Phill Simms and Jim Nantz. 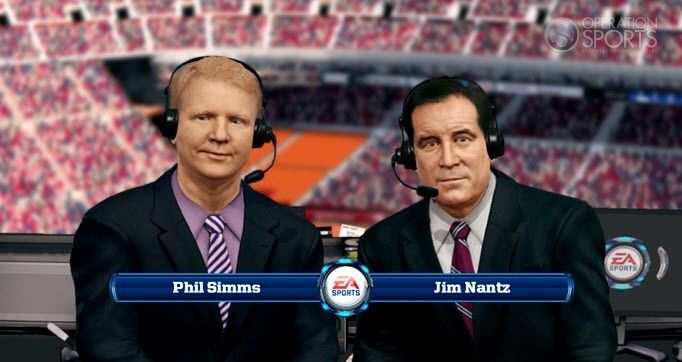 The duo will reportedly have a more natural banter, where Simms and Nantz will acknowledge each other in the booth, as opposed to Michaels and Madden's stilted banter, primarily due to Madden's contributions having been stock audio from previous games.

Madden NFL 13 will be released on the 28th August on multiple platforms including Xbox 360 and PlayStation 3. The PC hasn't seen a version of Madden since Madden NFL 08.