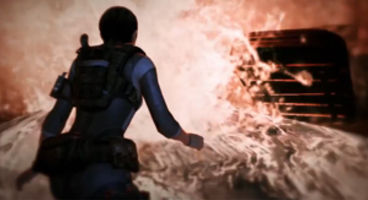 Kawata-san acknowledges that perhaps there's been a little too much action, which has diluted the core horror element of the series, but that action isn't going away - 'it can't'.

"Especially for the North American market, I think the series needs to head in that direction," remarked Masachika Kawata, speaking of a more action-orientated focus. The series core games "need to be an extension of the changes made in Resident Evil 4 and Resident Evil 5."

Revelations was released on Nintendo 3DS and is thought of generally well, introducing more action but managing to strike a balance with the slower pacing and horror of earlier Resident Evil titles.

The survival-horror games market "is small, compared to the number of units Call of Duty and all those action games sell," he said. "A 'survival horror' Resident Evil doesn't seem like it'd be able to sell those kind of numbers."

"I can't really speak for Resident Evil 6, but I don't think that it necessarily has to go all the way in that direction, the Call of Duty direction. It doesn't have to be a straight up shooter. But my impression is that Resident Evil 4 and 5 aren't shooters, per se." Capcom can easily explore the more 'pure' horror Resident Evil outside the main series.

"So we have our numbered series, and we can say we have a more adventure-oriented version, like a Revelations-style game. And we also have Operation: Raccoon City, which is a third-person shooter."

"So I think that by extending the market in this sense, we can still have the numbered titles keep their identity about what Resident Evil is supposed to be, but still expand and hit other markets as well."

"If you're going to be selling a game based on its good gameplay, then you don't have to worry about the market in which it will be sold." The focus is on utilising specific marketing techniques to appeal to those region's gamers. The PR campaigns must be tailored as otherwise you risk alienation.

"If we're going to make games that sell based on quality content, they should be able to appeal around the world," said Kawata. "That might be obvious, but that's why Grand Theft Auto IV, Skyrim and Call of Duty: Modern Warfare also sell in Japan, because their gameplay is interesting."