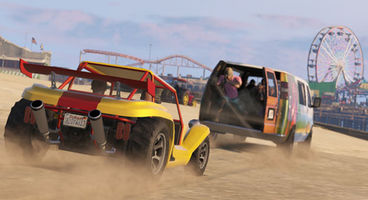 Rockstar Games has just announced that the upcoming 1.05 update for GTA Online should be out "sometime early next week," with the GTA$ Stimulus Package also out before next weekend.

This new title update tackles "progress loss issues" which has been critical to deal with for the GTA$ Stimulus Package. They're also working on the "first part" of the Content Creator.

"Currently, we expect the next title update (1.05) addressing player progress loss issues to be available sometime early next week. Following that, we hope to deliver everyone’s GTA$ Stimulus Package before the end of next week," posted Rockstar, saying they need a "few more tweaks and fixes" in place for the GTA$ Stimulus Package.