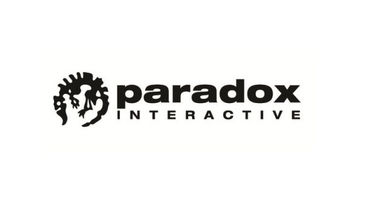 During a speech at GameHorizon last month, Paradox CEO Fredrik Wester discussed what it’s like at the publisher and how they've positioned themselves as a success story relying on the niche markets.

Paradox has thrived off a community that's felt 'brushed aside' by the mainstream. Wester cautioned small devs not to stray from fans that 'fit the profile' of your studio, or you risk losing them.

His comments caused a minor ruffling of feathers as he said that Paradox commands an audience that's roughly 95% male, and so they wouldn't be after females.

"As soon as you bring gender into a discussion you're in really dangerous waters - I know that," said Wester, reports GamesIndustry.biz. "I received a lot of feedback from that and even as I was saying it I was thinking 'oh my god, I've just said men!' You could just as easily have a game that's played mostly by women. If you want to grow that target audience, it's obviously easier to look for the twins of the people already playing the game - that's what I mean."

"If I have someone with a certain set of interests, a certain education or something - for example the amount of people with a fanatical interest in history playing Europa Universalis is overwhelming. Probably 100 per cent. So to then go outside of that interest group just isn't reasonable. You would probably find people who enjoy the game outside of that group, but it's much harder. Go to the ones you already know will probably like the game."

Wester doesn't advocate the games industry on the whole ditching attempts to attract more female gamers, but in the case of Paradox it fits their audience that they soldier on as they have been doing, which just so happens to be mostly for male gamers aged 25-45 years-old.

"Hearts of Iron has something like 95 per cent male players, but if you take Magicka, the amount of female players is much higher. Even if you take Crusader Kings, among grand strategy games it attracts one of the biggest female audiences."

"If you think you can find a certain set of demographics, whatever that is, that plays your game, you should go for that instead of being tempted to grow the market because it will cost you a lot. In terms of marketing and the way you work."

The Paradox CEO also touched on the PC market, which is under fire from mobile platforms as well as the new next generation hardware on the horizon. However the PC is in somewhat of a unique position, courtesy of 'champions'.

"There are so many champions driving people towards playing on PC - in my opinion iOS and Android lack the sort of champion that is Mojang or Valve - companies which are virtually PC exclusive," continued Wester.

"That is such a stronghold for the PC market because the hardcore gamers are going to stay where the champions are in the market. We've grown into a small champion. We're not Mojang or Valve but we do have a crowd that will probably follow us to whichever platform we decide to go to."

Check out the full write up over at GamesIndustry.biz to read Fredrik Wester's musings on the niche lifestyle.