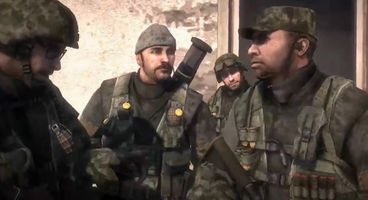 A high selling point for the Bad Company series is that it enjoys poking fun at itself, with banter between the four 'misfit' soldiers and obvious joy for DICE to write.

“My feeling is that I would love to do it. For me, when we started the company with 1942, it was really a work of passion. And then we worked our way through the era of different wars, and I loved them all, like my little babies. When it came to Bad Company, it was creative freedom; don’t take yourself too seriously," Lars Gustavsson told PCGamesN.

"But trust me, the Bad Company isn’t forgotten, they are just on a very long vacation. So they are out there, they’re coming back.” They've got their work cut out with reviving Star Wars: Battlefront and evolving Mirror's Edge into a freerunning open-world playground. Then there's all that Battlefield 4 content and advancing the Frostbite engine.