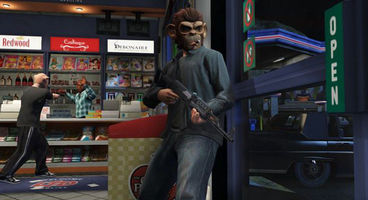 Rockstar has confirmed the release of the title update for GTA Online for PlayStation 3, while the Xbox 360 version they hope to be out "as soon as possible today." They detail the latest developments.

Apparently a PlayStation Network server issue was "limiting the amount of possible concurrent users," which prevented most from playing but has now been "resolved".

The studio is also "working on unblocking" the current troubles afflicting the first tutorial mission, which users report can be completed after multiple tries.

They continue to keep the GTA Online cash packs from being sold during all of this, but that money is still earnable through "pulling off Jobs and other profitable gameplay activities". Rockstar would like anyone seeking updates on the situation to view a specially prepared 'status page' on their support website available here.

• For PlayStation 3 users, a PlayStation Network server issue was detected that was limiting the amount of possible concurrent users. This was preventing most players from accessing GTA Online altogether and as of this morning, that problem was resolved.

• There is an issue that is preventing some players from getting through the first tutorial mission across both platforms. Many players have been able to get through this with repeated retries, and we are working on unblocking this for everyone as soon as possible.

• This morning, we experienced some instability across the GTA Online services which is affecting even people who have progressed beyond the tutorial mission. We are identifying these issues now and are working to restore stability for users as soon as possible.

• For the time being and until we have been able to get everybody access to GTA Online and things are running smoothly, we have disabled the option of purchasable GTA$ cash packs. Players can however keep on earning GTA$ by pulling off Jobs and other profitable gameplay activities rather than purchasing cash packs.

• We're currently working on a title update for both PlayStation 3 and Xbox 360 to address commonly reported issues with GTA Online. We hope to have it out for download as soon as tomorrow.