Rumour: Final Fantasy Versus XIII exclusive to PS4 in 2014 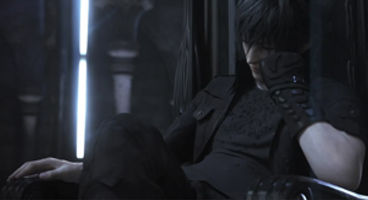 According to rumour, Square Enix will be moving the long awaited Final Fantasy Versus XIII onto the next generation of PlayStation, with it launching sometime in 2014. It will also get a name change.

Another announcement will be held this year to reveal the changes, they continue. Square's reply has been 'no comment'. Apparently Final Fantasy XV and XVI are also in development.

"Square Enix does not comment on rumour and speculation," stated the publisher. The rumoured spillings come from NeoGAF user 'Verendus'. Square stays silent.

"I can spill the following comfortably though since I think this developer is a bit of a joke, and I think people are beginning to suspect this anyway. Versus XIII will have another unveiling later this year regarding development for the next generation. It won't have the "Versus XIII" part in the title. It will definitely release in 2014," they posted.