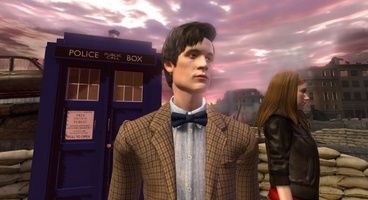 However, things get really interesting when he started talking about TV shows, such as crime programs like The Wire, and Sherlock, the latter of which “was really really good at creating really interesting dialogue gameplay mechanics without realising it, for how Sherlock analyses a crime scene, and I think that could lend itself to a game really well and I'd be really excited to work on, especially if Benedict was a part of that. He's awesome. “

Then there's Adult Swim's absolutely hilarious Archer, partly because of a game Obsidian have been working on recently, “Especially as we've been doing South Park, the way of creating game mechanics in that sort of high style comedic environment, especially with the 2D images, there's a lot of possibilities to explore in that space that Archer would be really good for.” There's also his previous work on Alpha Protocol which Avellone mentioned. “We had a lot of ideas based on what we learnt on the first one. I think those things could translate in to a brand new espionage game.”

However, there was one franchise that got him really excited about possibly working on, “OH! Doctor Who! Absolutely Doctor Who! Oh My God, it's so much dialogue conflict in that sense.” There's also the small matter of regenerations being “a perfect character avatar creation sequence. And you know it's very companion-focused in terms of the gameplay, like who you have in your party in terms of how the adventure plays out is really really important. And just the fact The Doctor solves more things through research and interaction with NPCS and the environment whereas he's not blasting them apart, he's usually running from them.”