Doctor Who: Blood of the Cybermen Summary

BBC halt Doctor Who: The Adventure Games, "no current plans" for any more

The BBC is slamming the brake on Doctor Who: The Adventure Games as they focus their attention on other ways to exploit the IP, namely with their new The Eternity Clock project.

The Adventure Games have "done a great job," but the BBC want to move on. The Cardiff team will continue to look at ways of "audience expansion" for the UK license payers.

California-based Three Rings is developing an MMO based on the BBC's Doctor Who franchise, and it's expected to be launched this year free-to-play.

We can look forward to "time-bending puzzles" in the Doctor Who: Worlds in Time MMO. They want to tap into the "imaginative spirit and depth" of the series.

The third episode in the Doctor Who: The Adventure Games series is now downloadable from the official BBC website for free to all UK residents.

It involves trying to fix the Tardis and introduces a brand new foe in the series. The "obsessive nerdiness" of the team pays off for fans.

The 3rd episode in the BBC's Doctor Who: The Adventure Games series has been revealed and it will let fans explore and fly the Tardis itself.

Doctor Who: Blood of the Cybermen Essentials 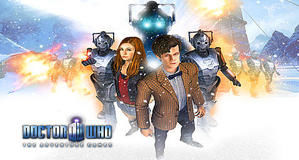