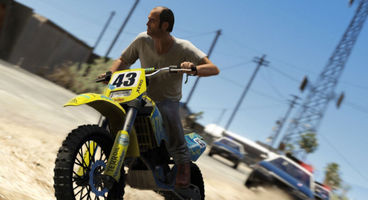 UK retailer GAME has confirmed they'll be holding back the hordes of GTA V copies from releasing early, as per the request by Rockstar Games. Other "reputable retailers" in the UK will follow suit.

GAME will be using the Royal Mail First Class system for customers, who have a "97.6% next day delivery rate." It sure would suck to be in that 2.4% September 17th.

An email was sent out to GAME customers who pre-ordered the latest GTA to let them know that, due to the "epic size of GTA V", they'll be processing payments early.

Retailers and game launch dates can cause problems on occasion, and this year ShopTo.net has pulled out of stocking Call of Duty: Ghosts in November because of "contractual reasons and delivery policy agreement". Activision's policy would threaten the online retailer's "high standards of release date delivery".

Some retailers have even brazenly advertised they'd be releasing ahead of official dates, like with the UK's Simply Games and Call of Duty: Black Ops 2. Rockstar will be launching the much anticipated GTA Online 2 weeks after the main game is out, which effectively takes all of GTA V and dumps it online for 16 players.

Grand Theft Auto V releases on Xbox 360 and PS3 September 17th. There'll be heavy traffic at noted GTA fan sites the weekend before launch with tales of 'early copies' and a clamp down on spoilers - as is tradition, it seems.