Rumor: Next Sonic game will be Sonic Adventure 3 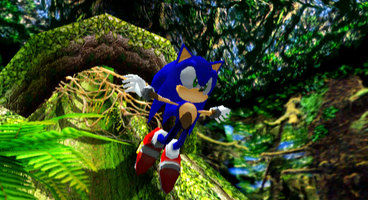 Sega announced back in January that there would be a new Sonic game announced in February "for PC, Xbox 360, PlayStation 3, Wii U, Nintendo 3DS, PlayStation Vita and 'next generation consoles.'" The publisher also stated that the game would "stick to the Sonic formula."

It seems a Dutch writer has claimed he has uncovered what the game would be - Sonic Adventure 3, which would fit in with Sega registering six Sonic Adventure domains in the past few months.

Other evidence has popped up for a Sonic title in general. For instance, Happy Tree Friends writer Ken Pontac has added credit for a new Sonic game to his resume, joining Sonic Colors and Sonic Generations. Rap singer Hunnid-P, who worked on Sonic Adventure 2, has announced on YouTube he's working on new tunes for a Sonic game.