07 June 2013 | By Simon Priest
Eidos is letting Garrett the Master Thief tease us directly in this new trailer for Thief, which will be in attendance next week at E3, although it doesn't seem people will get any hands-on time.

Square Enix has said they have a theatre experience being setup instead. This new trailer appears to be a mix of CGI and live action. Garrett is happy to boast of his return while thieving.

'Did you miss me?' That's a fine question to ask Thief fans, but this new instalment is quite a step apart from the original series so the response is likely mixed. 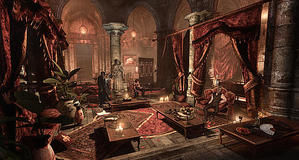