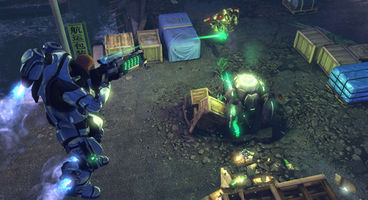 Gamescom is looking mighty fine right now for a major reveal of something XCOM related as the Steam database has just added thirty new achievement entries to XCOM: Enemy Unknown. All are without title or description.

Unless your able to decipher the meaning behind 'Achievement_74' and so on, it seems we'll have to bide our time skulking in our undisclosed XCOM base locations beneath the surface.

The Global Gameplay Stats page spilled the beans of alien origin. The South Korean ratings board recently listed 'XCOM: Enemy Within' and 2K Games acknowledged it.

It was unclear what form this Enemy Within would take but given the large number of achievements now added to Enemy Unknown, it would appear it's a fairly sizeable expansion on the way. Firaxis has said they'd like to add more to their XCOM rendition which has seen enormous critical and commercial success.