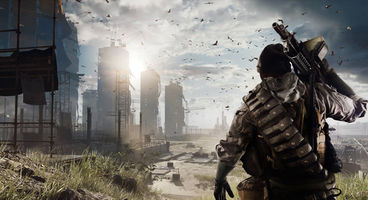 Dead Space dev Visceral Games has already been involved in some Battlefield development as they helped out DICE with Battlefield 3 DLC. Now they might be tackling something far more substantial.

This is the belief held by Wedbush Morgan analyst Michael Pachter, who initially said it was Criterion Games that was getting in on the military series. This would suggest an annual launch.

In a note to investors last week Pachter said he "believes Criterion Games is working on a military shooter that may become a brand extension for the Battlefield franchise in FY15", but has now clarified he actually means Visceral Games was handling the new Battlefield venture.

What is likely is EA exploring a spin-off or another direction in the Battlefield universe, possibly even using a different genre like third-person action. "Battlefield takes us about two years to develop and so you want to make sure that your sharing talent across studios, so you keep core talent of the product and the experience for the consumer there," remarked CFO Blake Jorgensen last month.

"And Battlefield is a product that doesn’t just sell once; it sells for 24 months associated with not just Battlefield, but all the additional Battlefield Premium activities that the consumer wants. So you’ve got to be careful that you don’t destroy some of that tale that is on the Battlefield product.”