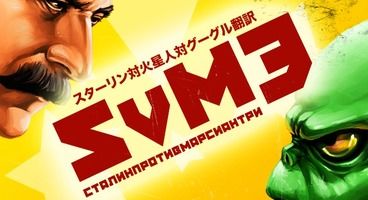 Indie developer Scott Cromie and his team have resurrected the offbeat action series with a new Kickstarter campaign, as players can defend Mother Russia from Martians during Stalin's era in Stalin vs. Martians 3.

Cromie states Stalin vs. Martians 3 can best be described as "Battletech meets Desert Strike meets Cannon Fodder meets YOUR MOM!", and has raised a dev team consisting of people who have worked on such titles as S.T.A.L.K.E.R., Cossacks II: Napoleonic Wars, Alexander, Frontline: Fields of Thunder, and CrimeCraft.

He also states that the first game was "an art installation" that was "playable sometimes" , but now the third game will be all about gameplay.

Now, "we want the game to be action-oriented, while retaining some vestiges of the strategy genre. We want Stalin to be the lead character, so you could control this beast directly. And it gives us some great flexibility."

Which is why you control Stalin riding in a giant mech, and will occasionally be naked.

Gamers interested in Stalin vs. Martians 3 can visit the Kickstarter site here. 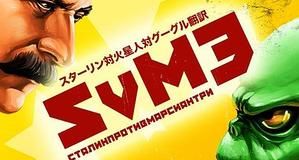