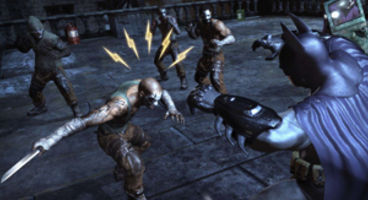 The online work portfolio of Virtuos' Daniel Wang states that the outsourcing studio is busy working with Warner's third Batman: Arkham title and that they're using Unreal Engine 3 under the cape.

This means it won't be going exclusive to next-gen platforms, which are all said to be using Epic Games' Unreal Engine 4. Virtuos worked with Rocksteady on Batman: Arkham City.

The Chinese developer has also worked with 2K Sports on NBA 2K13 and with Microsoft on Kinect Disneyland. Warner announced the next Batman: Arkham is due in 2013.

Rumours abound that original developer Rocksteady Studios is not the driving force behind the next instalment, but that Warner Bros. Montreal is handling the project. If true, here's hoping they can keep the same level of attention to detail that Rocksteady managed, which took everyone by surprise with Arkham Asylum.