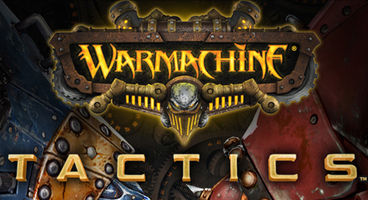 The steampunk tabletop world of Warmachine is gearing up for PC as Privateer Press Interactive take it to Kickstarter. The project has barely begun and already it has over $442k in pledges, almost reaching its goal.

Warmachine: Tactics is a turn-based tactical strategy with single player campaigns as well as multiplayer. Privateer Press have partnered with studio WhiteMoon Dreams.

The Kickstarter campaign is asking for $550k to succeed and it's very nearly there. The plan is to release Warmachine: Tactics on PC and Mac.

The tabletop game pits Warcasters, who are warriors and sorcerers, against Warjacks, the ten-ton, "flame-belching, lead-spewing machines of destruction". They want to capture all that war and conflict in video game form and take inspiration from genre predecessors Valkyria Chronicles, Final Fantasy Tactics, and the X-COM franchise.

"Whether playing the campaign or multiplayer, the command and management of your squad is key. Not only will you make defining choices about the warcaster, warjacks, and warriors that comprise your squad, but you will also utilize strong tactical direction of their strengths and abilities in battle as well as astute guidance for how they evolve over time."

For more check out the Warmachine: Tactics Kickstarter. 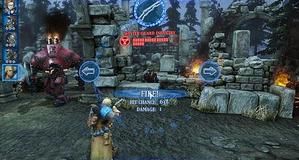