11 November 2013 | By Simon Priest
Infinity Ward's Call of Duty: Ghosts has launched at the highest echelons of the UK all format chart, which is no surprise. It has become the third biggest launch of 2013, behind Rockstar's GTA V and FIFA 14. 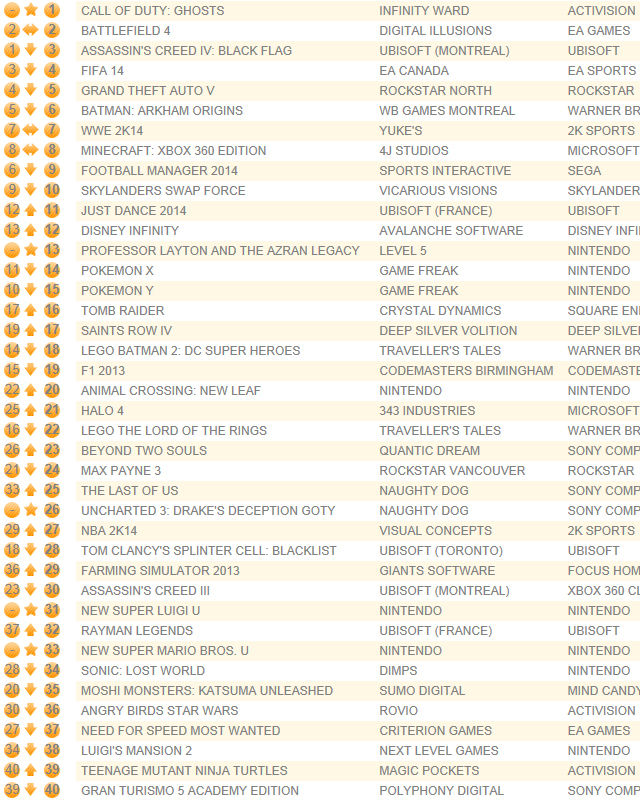