Journey cost "multiple millions of dollars" to make, no royalties for "almost a year"

13 March 2013 | By Nick Akerman
Thatgamecompany founder Jenova Chen has suggested the studio are unlikely to receive royalties from Journey for at least a year. 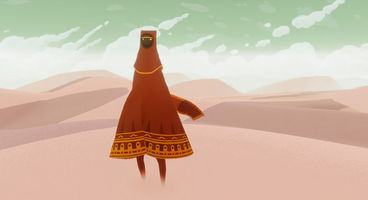 Chen believes the game has now broken even after becoming the fastest-selling PSN title ever, but he isn't relying on making money from it.

"When the game makes money, the money first goes back to pay back the money they’ve invested. So, that’s going to take a while – Journey cost multiple millions of dollars to make. Once that money is recouped, then we will get royalties,"

"But for almost a year, we are not going to be relying on the money from Journey to keep the company going,"

Thatgamecompany's three-game deal with Sony is now complete. Chen and his colleagues have secured a $5.6 million Benchmark Company investment after running out of money when Journey was completed.

"We were at a spot where, if we couldn’t figure out the next game, or find the next deal, then at the end of Journey we’d run out of money."

Such comments makes you think exactly how much profit smaller indie games go on to make across the console scene.