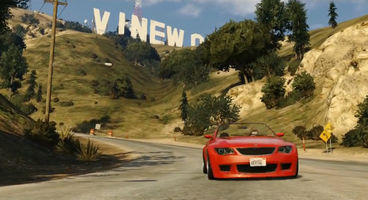 Take-Two has revealed they have no plans for 2K Games to be on the show floor this year at E3, saying that both they and Rockstar Games will instead "focus their marketing and PR" on a series of events throughout 2013.

It's not surprising as Rockstar has favoured other more intimate events outside of E3, given the enormous maelstrom of titles competing for attention. Take-Two still regard E3 as a "great place".

"This year, our labels will not have a booth on the show floor," Take-Two president Karl Slatoff revealed during the financial results yesterday.

Recently the lid of secrecy on Grand Theft Auto V has been lifting but there's still a whole sandbox worth of mystery left undiscovered, and that's the way Rockstar generally likes it.

"Both Rockstar Games and 2K have instead decided to focus their marketing and PR efforts on a series of events throughout the spring and summer. Our team, however, will be present at the show, and we look forward to seeing many of you there," he continued.

"Our philosophy on the show is that we like the show, we participate in a meaningful way in the show," he added. "It's a great place for the industry to get together, and we're highly supportive of it. This year it just didn't make sense for us at the same level." For all the money they'd spend at E3, why not spread it over multiple events instead?

June 11th is the E3 2013 kick-off where most publishers will drown us in our own drool over what's to come. Grand Theft Auto V releases on Xbox 360 and PS3 September 17th, and possibly on PC soon after?