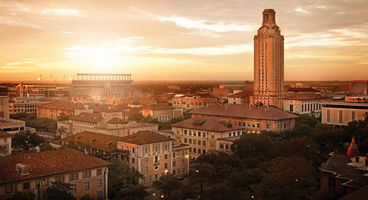 Deus Ex and Epic Mickey's Warren Spector is working in partnership with Blizzard COO Paul Sams to form the Denius-Sams Gaming Academy, which opens in Fall 2014 at the University of Texas at Austin.

Both Spector and Sams will be part-time instructors at the academy, which hosts a 12 month course with a postbaccalaureate certificate for graduates.

Spector will also be fulfilling the role of co-chair of the advisory board to the academy. Texas is the United States' second largest concentrated state for game developers.

"What differentiates the Denius-Sams Gaming Academy is that it will focus explicitly on the bigger creative leadership aspects of game development -on the management and production side and on the creative leadership side. This is a space that’s not being filled by the other programs, and it will make the academy unique," said Warren Spector.

The creator of Deus Ex will also be designing the curriculum. There have long been waves of despair from leading game development studios and publishers that no coherency exists within the education systems about how to tackle video games specifically. Some courses over the years have been dismissed as useless. Many advocate teaching computer programming earlier among children to help fuel new ideas and super geniuses.

"By combining the best professors with some of the gaming industry's top minds and contributors, The University of Texas will immediately establish itself on the cutting edge of gaming design technology and the gaming industry," said academy co-founder Wofford Denius. "But even more importantly, the Denius-Sams Gaming Design Academy will help our students by enhancing their marketability and providing them with unique leadership skills to advance as leaders in their employment and in the gaming industry."

Hopefully the Denius-Sams Gaming Academy will serve its students and the industry with some fine talent.

"Susan and I believe The University of Texas at Austin has a tremendous track record of building nationally recognized programs that generate the leaders and critical thinkers the gaming industry needs," Blizzard COO Paul Sams said.

"The program will focus on building the skills required for students to lead teams and develop games from concept to completion, while growing talent for the gaming industry." Susan Sams and the Cain Foundation are also founders.