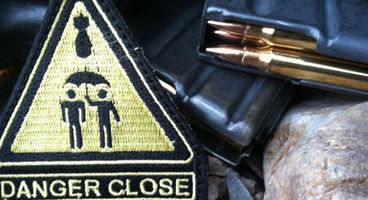 EA has confirmed, through the vocal box of executive Patrick Soderlund, that Medal of Honor revival developer Danger Close has had the letter 'd' added for 'Danger Closed'. The studio is no more.

Instead the bulk of the workforce has been conscripted for the new DICE LA studio, which is currently tasked with supporting DICE's Stockholm talent with various projects.

The revelation came as Soderlund was discussing how DICE are putting their own spin on Star Wars: Battlefront. Former Danger Close devs are now spread throughout EA.

“Danger Close as it was doesn’t exist anymore,” Söderlund said. “There are people who left LA, people who work with DICE LA, and there are some who work in other parts of EA, as always when something gets dismantled.” There won't be much of a tearful goodbye from Medal of Honor fans as the series' return was less than ideal critically.

Still it's always sad to see a developer close its doors and at least the staff has other positions on offer. Surely getting to work at DICE on the likes of Battlefield and Star Wars is actually quite the promotion, no?