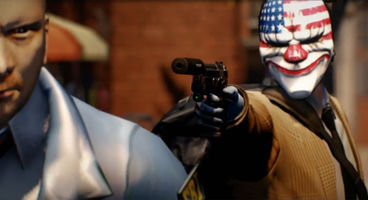 Payday 2 developer Overkill is dealing with some "very toxic" backlash from a vocal portion of the community after they learned customisable safe houses and an enemy type weren't present at the game's launch.

The special enemy is the 'Cloaker' which was cut because it wasn't performing well at the time. Comments against Overkill have been on the "verge to the extreme." They appeal for 'civil manners'.

It's nothing new; an online community gets upset and feeds an ever increasingly toxic cycle that slowly drives away 'nice' users and attracts trolls. BioWare know this well.

"Our ambition is always to meet you with respect. Me, together with the crew, work very hard to be consistent and give everyone a chance to speak as long as they use common sense and a civilized manner," posted Overkill on Steam.

"With the release of PAYDAY 2, a lot of new players have joined our community and a lot of discussions have come up. Sadly, some of the discussions made are very toxic and the arguments are cynical, on the verge to the extreme."

The missing 'Cloakers' are equipped with night-vision goggles but aren't up to snuff yet, say Overkill.

"We made the difficult decision of cutting them for release because they simply weren't performing their duty as a baton wielding menace. Does this mean we will sell them later as a 10$ DLC? No, it of course does not," they continued.

"We will add them as soon as we are comfortable with the quality, as we have with anything we've made. I hope that this time, you trust us to deliver, as we have many times before."

The toxicity level is rising: "You need to seriously reconsider the way you behave in our forums."

"We will add safehouse customization. There are many things we would love to add, but we haven't had time yet. I'm sorry if you expected a ton of customization at release," Overkill told a Steam forum user.

"Half the heists are not the same, that is an extreme exaggeration."

"I'm sorry to hear that you "almost" feel cheated. We try to make the best game we can. We look forward to continue interacting with the community going forward, making sure we make content that you and we want to see in the game."

Check out the full Steam post from Overkill on the subject of 'community behaviour'. Payday 2 released on PC, Xbox 360 and PS3 yesterday in the US, August 13th. It releases in Europe today.