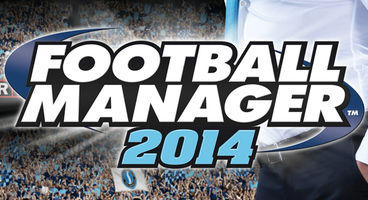 The company also confirms that Linux versions will launch alongside PC, and that cloud saving lets managers "pursue a single career" from anywhere. Steam Workshop integration for creators.

A fully-playable Beta version of Football Manager 2014 is available to anyone who pre-orders at a participating retailer, which is due two weeks before official release.

“Our unchanging goal in the development of the Football Manager series is to deliver the most authentic and immersive simulation of real-world football management wherever you may be in the world,” says studio director Miles Jacobson.

“Players can now take charge of their team anywhere they can access a home computer, and with huge improvements to existing features plus the addition of loads of new stuff, can have the best Football Manager experience to date while doing so.” Specific details about these '1,000 improvements' is due over the coming weeks.