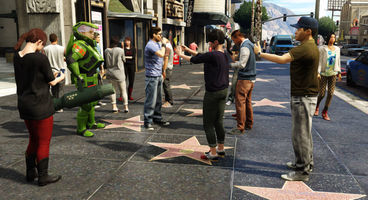 Grand Theft Auto V comes out tomorrow, and has been receiving stellar reviews since the press embargo was lifted today. The game is expected to sell $1B USD in the first month of release. Unfortunately for some, the game is currently only a console release.

Of course, there has been multitudes of evidence that Grand Theft Auto V is coming to PC, one of the more recent being Nvidia's accidental leak, but even with the evidence, the "Bring GTA5 to PC" petition on Change.org has been strong, hitting over 350K signatures.

So, while PC gamers have to wait patiently for the PC announcement, check out Strategy Informer's 10/10 score in its review.